When will it hit and what will it look like? Those are just a few unanswered questions about a possible second wave of COVID-19.

For years, Lallie Kemp Regional Medical Center has spiraled further into the red.

The 24-bed charity hospital in Louisiana’s small town of Independence lost more than $15 million in 2016 and $19 million in 2017, the latest public data available. Those losses represent nearly a third of the hospital’s total gross revenue.

Then coronavirus rocked Tangipahoa Parish, where Lallie Kemp scrambles to help treat the community’s hundreds of confirmed COVID-19 patients – many of whom are indigent and unable to pay or rely on Medicaid, which pays hospitals less than private insurance.

After the government restricted elective procedures – one of the rural hospital’s primary moneymakers – the pandemic erased $1.3 million in expected revenue. If the quarantines continue through May, that could swell to nearly $3 million.

“We don’t have any profit margin to speak of, so it will be a direct loss,” said Chad Thompson, the hospital’s chief financial officer. “And we don’t know how long this will last.”

In rural communities across America, more than 800 hospitals faced financial peril before the pandemic took hold. Now, they must find a way to treat thousands of coronavirus patients, which could trigger a financial cascade that sinks up to a hundred hospitals within the next year.

A USA TODAY Network analysis of financial reports submitted to the Centers for Medicare and Medicaid Services found that almost half of the counties with coronavirus cases are served by a hospital that reported a net loss in 2017.

In communities served by 640 of these struggling medical centers, there is no other hospital in town. Nearly all of those in jeopardy are in rural counties.

As the virus spreads into rural America, sometimes weeks after urban hot spots, many small hospitals must wrestle with the choice of laying off longtime staff members or buying lifesaving supplies for clinicians.

“You have a vulnerable population for COVID, and we see a situation where many of these rural hospitals won’t be able to survive the pandemic,” said Maggie Elehwany, head of government affairs for the National Rural Health Association.

“These are some of the poorest areas of the country,” she said. “The providers are running out of money, they’re running out of supplies and they’re laying off staff as this wave of COVID hits.”

The 19 rural hospitals that shuttered in 2019 were more than any other year since researchers started keeping track – and 2020 was on pace to break that record even before the virus. States that did not expand Medicaid were hardest-hit. Some experts worry that dozens of rural hospitals could close this year if the federal response to the coronavirus does not adequately compensate for lost revenue.

The pandemic accelerated closures in Kansas and West Virginia, and Tennessee-based Quorum Health, which operates more than 20 rural hospitals in 13 states, filed for Chapter 11 bankruptcy in April.

Experts fear if more of these hospitals go down, swaths of rural America will be left to defend against COVID-19 without a medical center.

“Some places have had one funeral, then suddenly there’s dozens of cases, and the hospital is overwhelmed,” said Anna Loengard, chief medical officer with Caravan Health, which manages 150 rural hospitals and primary care clinics across the country. “You get into a situation where you really have no safety net for these hospitals.”

Batesville is a town of about 7,500 along a quiet stretch of Interstate 74 in eastern Indiana.

Among the first areas of the Midwest to confirm positive cases, the city’s 25-bed hospital was pushed over capacity as 10 new patients came in each day with COVID-19 symptoms. The closest major urban hospital is 45 miles away in Cincinnati.

Unable to perform elective surgeries – about half of the hospital’s revenue – administrators wonder how they will keep the doors open as their community needs them most.

The pandemic has taken its toll on the small staff at Margaret Mary Health, where doctors and nurses treat people they have known for years. Two of the four obstetricians fell sick with COVID-like symptoms at the same time.

“I still need to be able to deliver babies, perform C-sections or do other emergency surgeries,” said Tim Putnam, Margaret Mary Health’s chief executive. “We have to be ready to do anything we need to do.

“I don’t think any hospital can go for long periods of time, keeping up all of the costs we have but with only half of the revenue.”

In 1978, there were 1.5 million U.S. hospital beds. That’s down to about 900,000. Some hospitals reduced capacity in an effort to stay afloat. Others shuttered entirely.

Across the country, at least 163 rural hospitals have closed since 2005, according to the North Carolina Rural Health Research and Policy Analysis Center.

Nearly half of those that remain are unprofitable, the center said.

Residents of these communities tend to be older, and many are poor, with underlying chronic health conditions. Experts said a disproportionate number are uninsured, indigent or rely on Medicaid.

Those same variables make these towns more susceptible to a COVID-19 outbreak. Many rural hospitals aren’t equipped for such a crisis.

They struggle to recruit nurses, physicians and technicians during the best of times. After layoffs, many cannot fill positions when staff members get sick. Some hospitals have one, maybe two ventilators. There are shortages of EMS providers, many of whom are volunteers that often are older and more at risk for COVID-19 themselves.

Traditional supply chains are disrupted, forcing smaller hospitals to turn to the government for help.

“We believe (the virus) is going to work its way everywhere,” said Terry Hill, senior adviser for the National Rural Health Resource Center in Duluth, Minnesota. “We’re going to have to deal with this, and it’s going to be backbreaking for some of the rural hospitals.”

Cash is running out

Few hospitals across the country have the type of cash reserves needed to survive the pandemic, and rural ones are no exception despite federal laws that guarantee many of them higher payments for services.

In 2017, about 57% of rural hospitals and 40% of urban hospitals reported having enough cash on hand to cover their salary costs for at least a month, according to financial reports submitted to the Centers for Medicare and Medicaid Services.

Experts warned some smaller hospitals might have money for only a couple of weeks, or even days, if any at all. They’re scrambling to figure out how they’ll make payroll next period.

“Right now, in the next 90 days, the problem will be cash,” said George Pink, deputy director of the North Carolina Rural Health Research and Policy Analysis Center.

A third of rural hospitals are community or publicly owned, so they’re not eligible, according to the National Rural Health Association. For that same reason, these hospitals cannot refuse patients for their inability to pay.

Of the federal government’s $100 billion earmarked for hospitals in the Coronavirus Aid, Relief and Economic Security Act, the first $30 billion was split among providers who accept Medicare. Industry leaders estimated that left $500,000 to $1 million for every rural hospital eligible.

“It doesn’t go as far as you would think,” said Patti Davis, president of the Oklahoma Hospital Association. “It’s not going to be enough to sustain them.”

Federal programs such as Medicaid and Medicare pay more for services at Critical Access Hospitals. Those facilities have 25 or fewer beds and serve isolated communities that would otherwise be long drives from emergency care.

Unlike other hospitals that get paid a flat rate based on the average charge for service, Critical Access Hospitals get 101% of service costs. This helps ensure doors stay open and doctors are paid during times of the year when few people visit the hospital.

Two-thirds of Critical Access Hospitals reported having enough cash on hand in 2017 to pay salaries for a month, significantly more than other hospitals.

Those rural hospitals have smaller budgets, which means the loss of even a few profitable surgeries could have significant impacts after savings disappear. In 2017, urban hospitals reported median operating expenses of $94 million, more than triple that of rural hospitals.

“Every hospital in the country is facing real financial challenges,” said Dave Gessel, executive vice president of the Utah Hospital Association. “It’s more acute for the rural hospitals because they don’t have the same backup and support networks to keep them in business.”

Without an advance from the Medicare program, the 3,400 residents of Gravette, Arkansas, would have been left without a hospital, said Paul Taylor, Ozarks’ chief executive.

“We were already operating on a negative margin and struggling financially – then the virus hit,” Taylor said. The hospital told federal officials in 2017 that it had a net loss of $36 million that year – nearly as much as its annual operating expenses of $47 million.

If Ozarks must repay the full amount of its Medicare loans, it will become one of more than 100 hospitals across the country that Taylor estimated will close within the next year. That’s more closures than the previous five years combined.

“They delayed the abyss we all face,” he said. “But until something is done, we’re all sitting here on pins and needles, wondering how we’re going to pay this back.”

In Texas, four out of five rural hospitals similarly struggled to meet payroll before the pandemic.

Texas has seen at least 26 rural hospitals close since 2010 – more than any other state. Some rural areas face COVID-19 at greater rates per capita than Houston or Dallas. Overrun with admissions, one rural hospital saw its cases spike from two to more than 50 in a day.

“My fear is it will be unpredictable, sporadic and uneven – where some communities avoid it and some get wiped out,” said John Henderson, president and CEO of the Texas Organization of Rural and Community Hospitals. “And that’s even harder to prepare for.”

Nurse Alexandra Owensby is hoping to save a rural hospital in Kentucky that is closing in the next month. 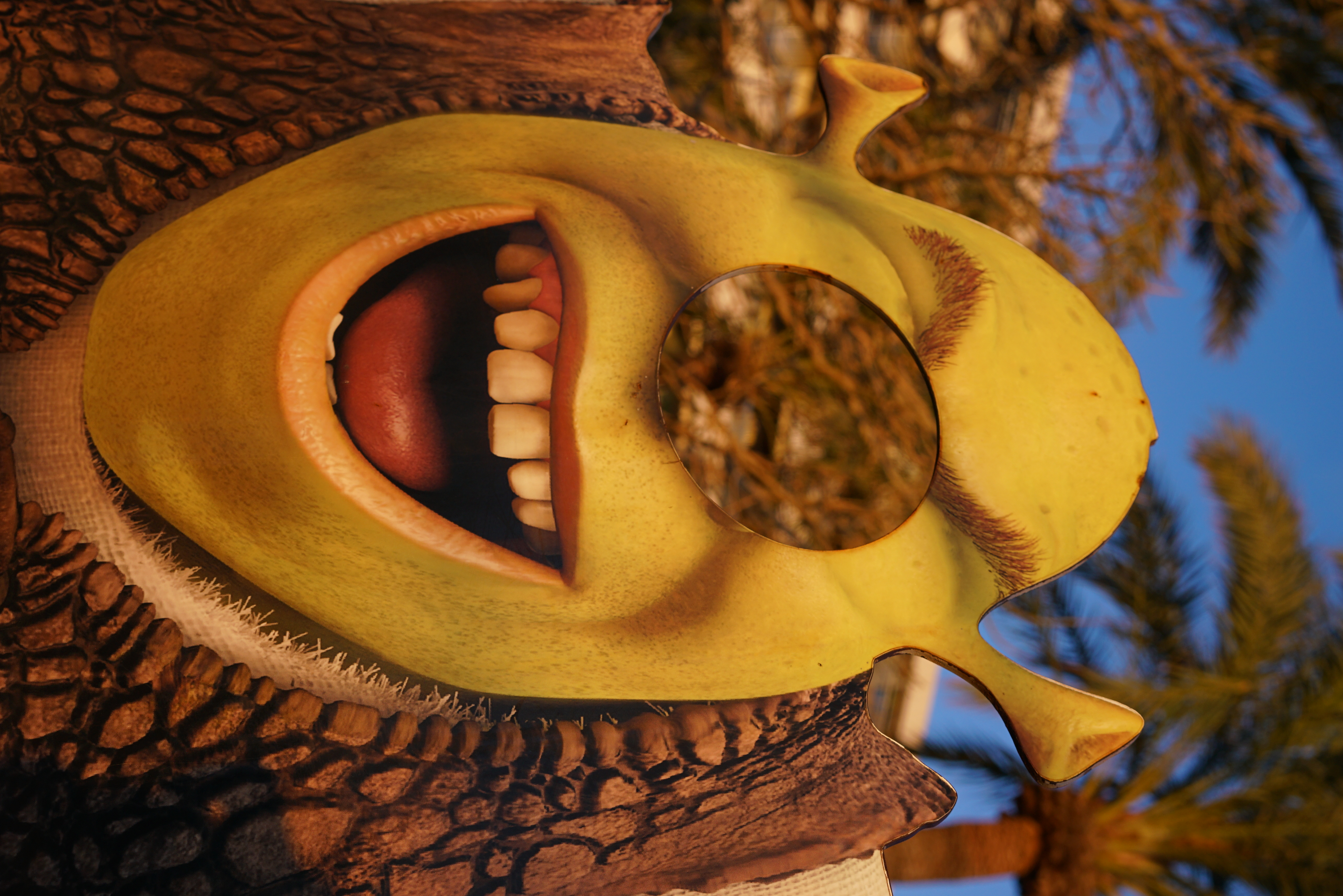