The incident began around 4:48 a.m. when a man driving a white Toyota Corolla fired at a woman who was driving on Route 22 near Cedar Crest Boulevard, Martin said at a news conference Wednesday.

The woman didn’t realize she was shot at until she stopped at the Wawa, Martin said.

The suspect then shot and injured a second person in a Jeep at the Wawa, Martin said. 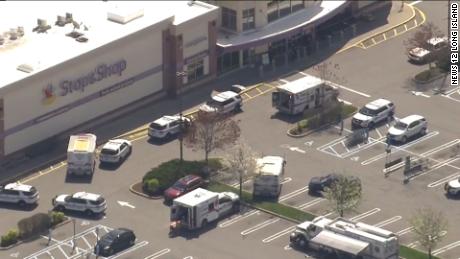 After killing the truck driver, the suspect then walked about a quarter-mile along Route 100, where he shot himself in the hand and the chest and died, Martin said.

A Wawa employee who was outside when shots were fired ushered customers into the store, warned employees, and locked the doors, Martin said. “All credit to him,” said Martin.

Martin said it appears the three shootings were “indiscriminate.”

One gun was recovered at the scene, Martin said, but he did not disclose further details.