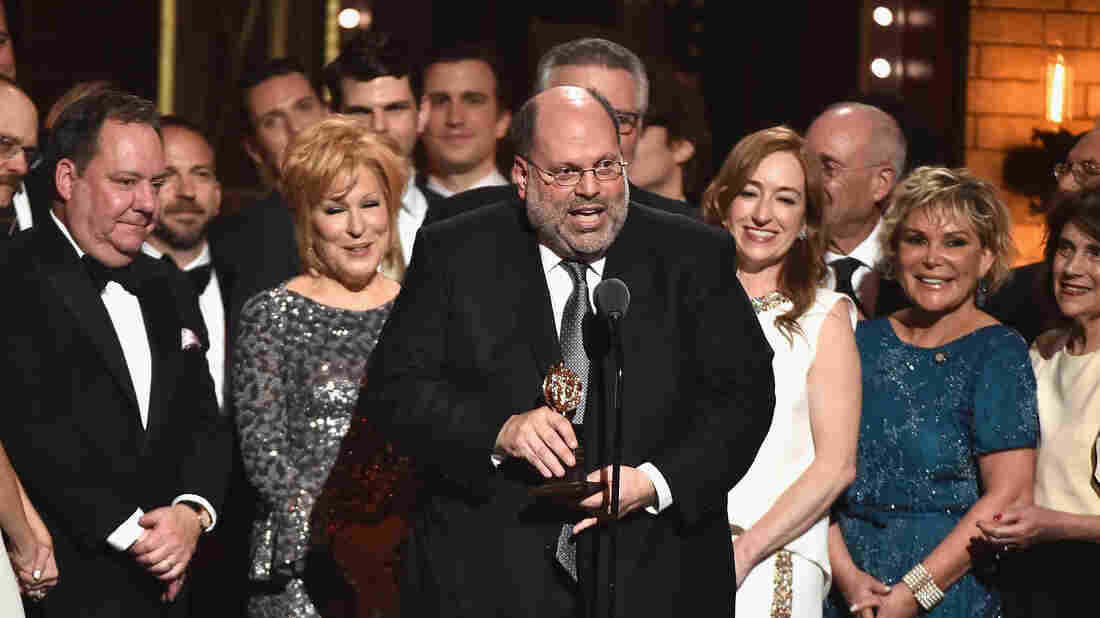 Producer Scott Rudin, center, and the cast of Hello, Dolly! accept the award for Best Revival of a Musical at the 2017 Tony Awards in New York City. Rudin says he’s stepping back from his Broadway work. 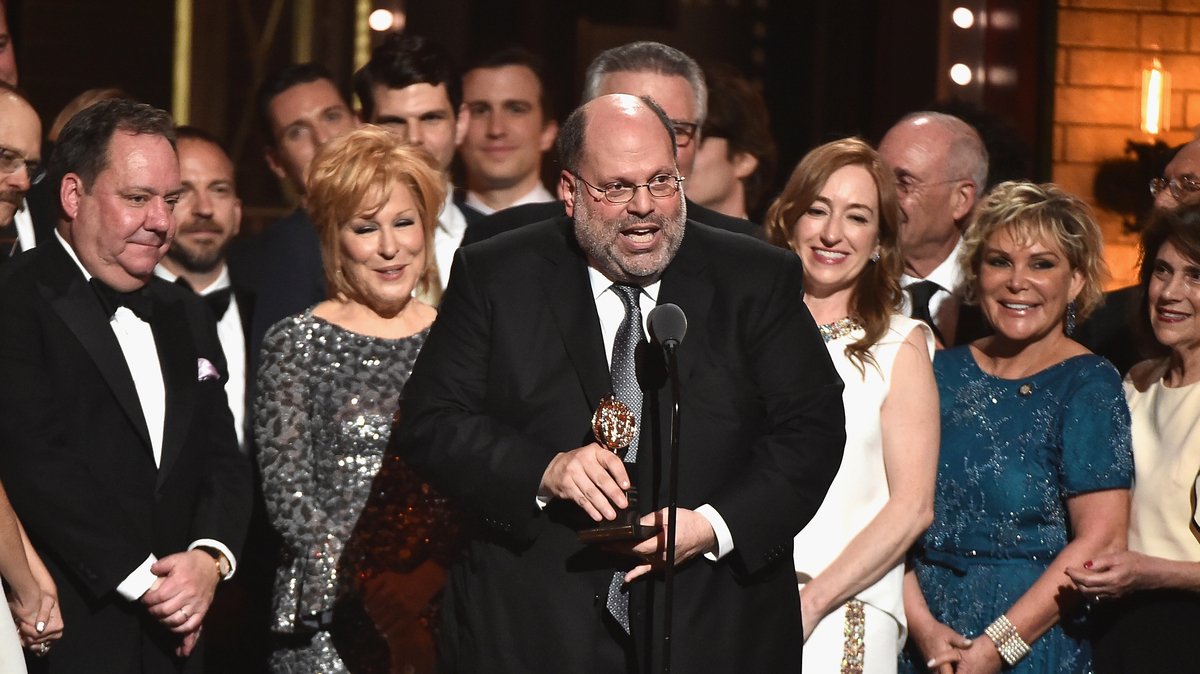 Producer Scott Rudin, center, and the cast of Hello, Dolly! accept the award for Best Revival of a Musical at the 2017 Tony Awards in New York City. Rudin says he’s stepping back from his Broadway work.

Scott Rudin, producer for Broadway shows including The Book of Mormon and To Kill a Mockingbird, will step back from his theater productions following reports of irate behavior and a hostile work environment.

Earlier this month, The Hollywood Reporter published a story chronicling Rudin’s outbursts. On one occasion, the producer allegedly smashed a computer monitor on an assistant’s hand after failing to secure a seat for Rudin on a sold-out flight.

In the wake of these accusations, Rudin released a statement Saturday apologizing for his behavior and announcing he will relinquish his theater duties on Broadway, The Associated Press and The Washington Post reported.

“After a period of reflection, I’ve made the decision to step back from active participation on our Broadway productions, effective immediately,” Rudin said in the statement. “My roles will be filled by others from the Broadway community and in a number of cases, from the roster of participants already in place on those shows.”

Rudin didn’t deny the allegations in his statement, the outlets note. He did apologize for his “troubling interactions with colleagues” and acknowledged that he should have remedied his behavior years ago.

President Kate Shindle and Executive Director Mary McColl of The Actors’ Equity Association, a labor union representing more than 51,000 live theater actors and stage managers, called on Rudin to release any staff members from any nondisclosure agreements they may have signed.

“We have heard from hundreds of members that these allegations are inexcusable, and everyone deserves a safe workplace whether they are a union member or not,” the statement read. “This is an important step in creating truly safe and harassment-free theatrical workplaces on Broadway and beyond. It is not the end of our work to ensure a workplace safe for everyone in the industry as we work toward reopening.”

As the COVID-19 pandemic looks like it could begin to recede in the U.S., Broadway shows are preparing to reopen. But following the news of Rudin and his outbursts, actor Karen Olivo said she won’t return to Moulin Rouge! The Musical in protest once theaters reopen. Rudin is not involved in that production.

The AP also reported there are plans for a protest Wednesday. Demonstrators will stop at Rudin’s office and at the Winter Garden Theatre, where he was producing The Music Man to debut in late 2021.

Rudin is also a Hollywood film producer, known for award-winning titles including No Country For Old Men and The Social Network. It is still unclear whether he will step back from the film industry as well.