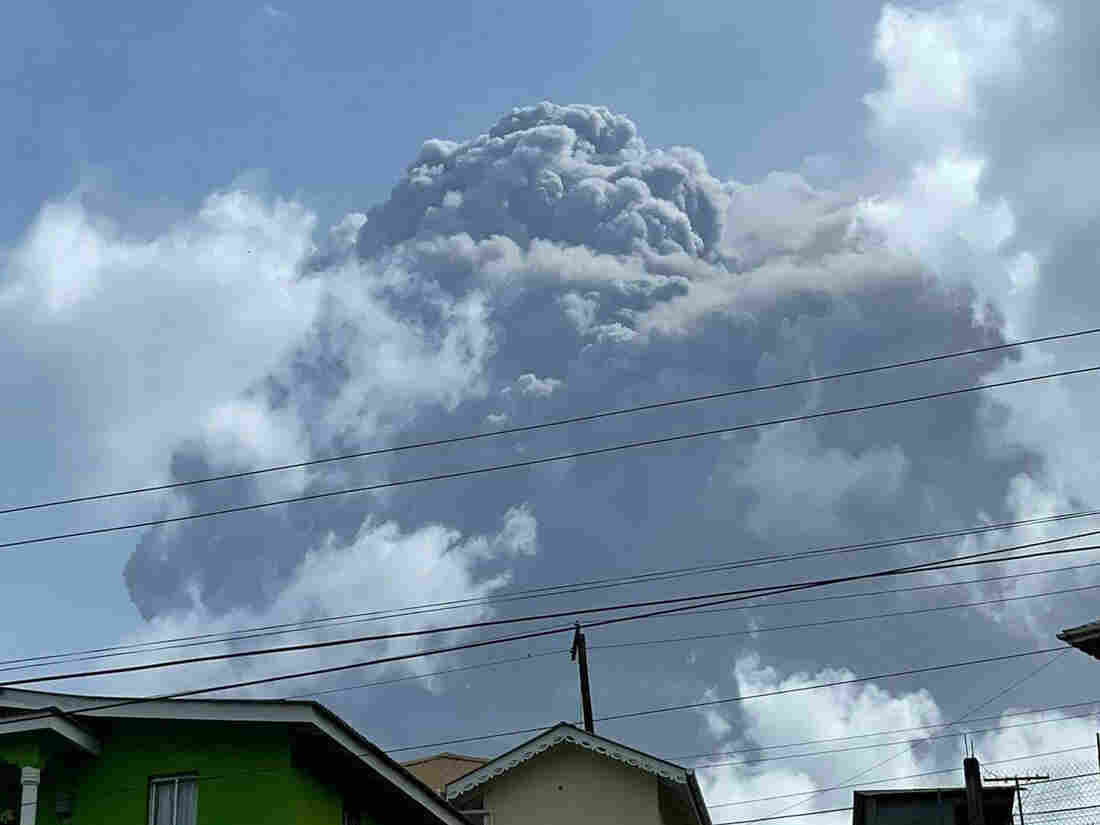 A photo of La Soufrière erupting Friday in St. Vincent. The blast could be sending ash as far as Jamaica and South America. 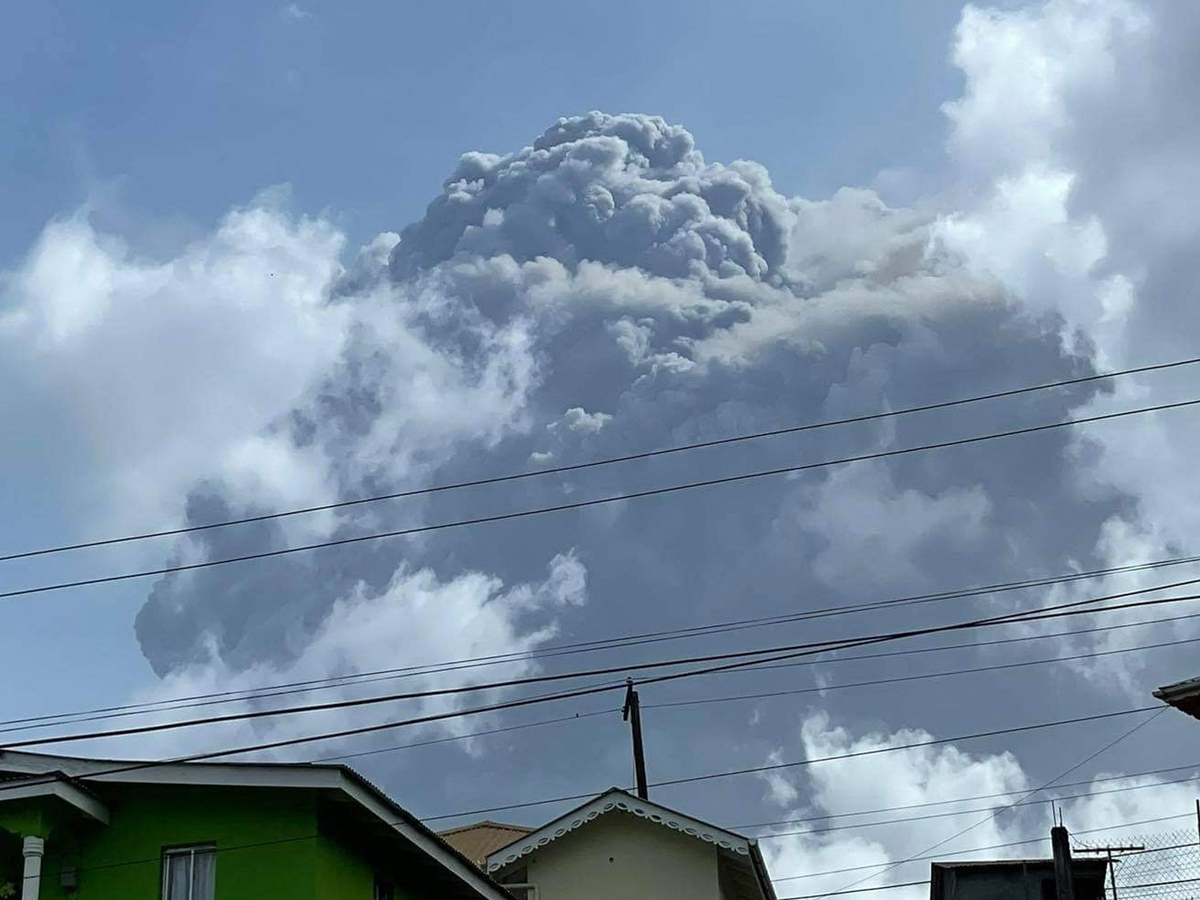 A photo of La Soufrière erupting Friday in St. Vincent. The blast could be sending ash as far as Jamaica and South America.

La Soufrière, the highest peak on the Caribbean island of St. Vincent, began to explosively erupt Friday morning, forcing thousands to evacuate as ash and smoke filled the sky.

And a larger eruption may be on the way.

Richard Robertson, a geologist with the University of the West Indies Seismic Research Centre, said the volcano is in its explosive eruption phase. The initial explosion of dust and debris St. Vincent experienced Friday is likely just the beginning.

Ralph Gonsalves, the prime minister of St. Vincent and the Grenadines, ordered residents on the northern side of the island to evacuate Thursday out of the red volcano danger zone. The Associated Press reported some 16,000 people were forced to flee their homes.

Soot and ash fell throughout the night, blanketing neighborhoods and streets across the island Saturday morning. Robertson said the ash is expected to fall for the next handful of days, possibly even weeks.

The dome of the volcano, which is about 3,100 feet long and more than 820 feet wide, was destroyed in Friday’s eruption, catapulting 460 million cubic feet of debris into the atmosphere. The ash could reach as far as Jamaica and parts of South America, Robertson said.

The last time La Soufrière had a major eruption was in 1979, which lasted several weeks. This eruption, Robertson said, “will more than likely be a bigger eruption than 1979 was.” He added, “We don’t know how much material is down there that wants to come out.”

The fine ash particles, which are difficult to clean up, pose a respiratory risk, especially for people with underlying issues. Robertson recommended that individuals who have decided to stay on the island do their best to clean the ash before it settles or gets wet.

With more potential eruptions looming, Robertson advised residents to move as far south as possible. La Soufrière could be heard rumbling and grumbling throughout the night, he said, from the sound of magma moving inside the volcano.