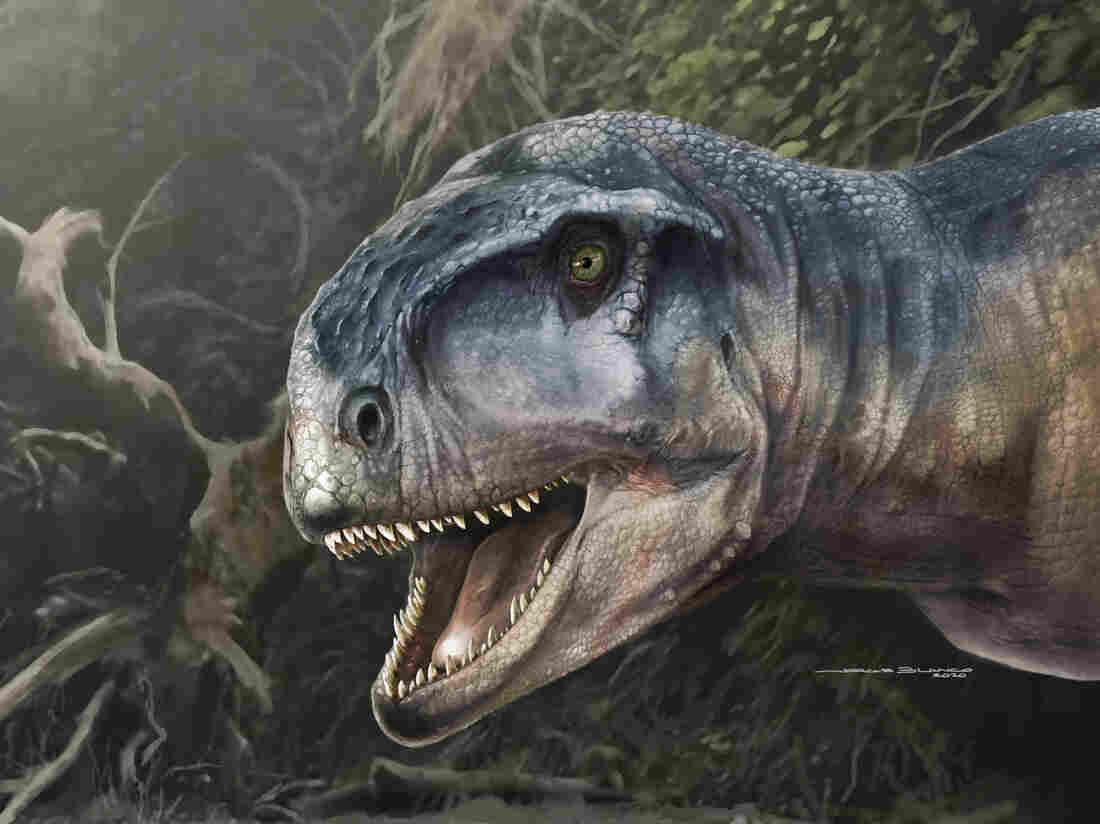 An artist’s impression of the Cretaceous Period meat-eating dinosaur Llukalkan aliocranianus that lived about 80 million years ago in the Patagonia region of Argentina is seen in this handout photo. 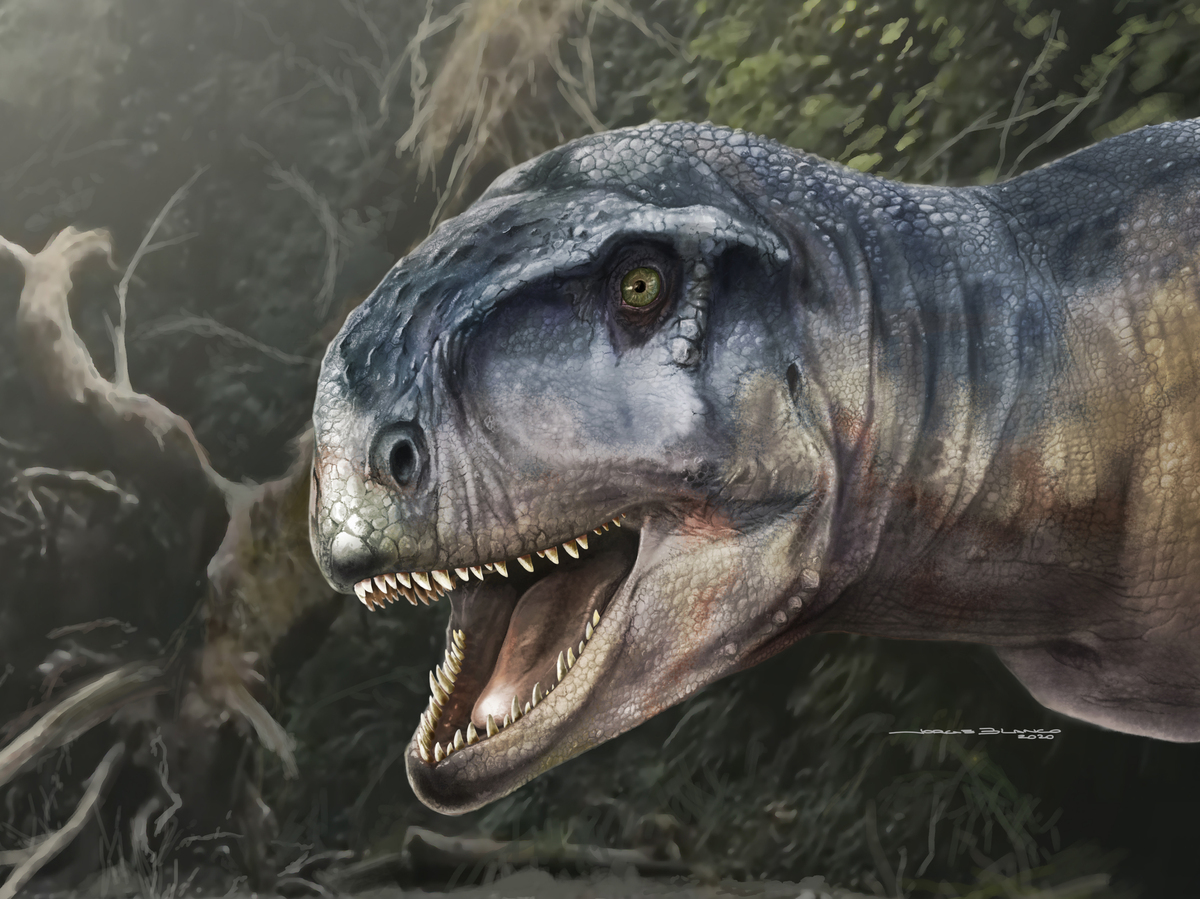 An artist’s impression of the Cretaceous Period meat-eating dinosaur Llukalkan aliocranianus that lived about 80 million years ago in the Patagonia region of Argentina is seen in this handout photo.

A new dinosaur named for its ability to strike fear in its prey has been discovered by paleontologists in South America.

The skull of the dinosaur named Llukalkan aliocranianus, which means “one who causes fear” in Mapuche, a local indigenous language, was discovered in 2015 by a group of paleontologists in Argentina.

In their findings published last week, scientists describe Llukalkan as a 16-foot-long predator that would have been equipped with sharp teeth and short arms that roamed South America about 80 million years ago.

While Llukalkan wasn’t a T-rex, paleontologists say it was probably one of the biggest predators in its area.

Llukalkan is part of the abelisauridae family, and what sets the new species apart from its relatives is the structure of some parts of its skull, says Ariel Méndez, who works at the National Scientific and Technical Research Council in Argentina and who was involved in the discovery.

“[Abelisaurids] had rather short and high craniums, sharp teeth,” Méndez said in Spanish. “They had extremely short arms, but they had very well-developed hind legs and feet, so it probably would have been a great runner.”

The team used the skull to construct 3D models of the dinosaur’s brain. These showed that a part of its brain that’s in charge of perceiving sound was slightly more developed than that of its relatives.

“This implied that it had some type of distinct hearing range, possibly larger than other related dinosaurs,” says Méndez.

This could have given Llukalkan an advantage when catching prey, Méndez says. This distinction also had some influence in its name.

“Coming from a carnivorous dinosaur that has very sharp teeth, with very developed sense organs — specialized, perhaps, for hunting — keeping in mind that it would be about 16 feet long, it surely caused fear in its potential prey,” says Méndez.

The scientists also found another skull they say belongs to a distinct but related species.

Both discoveries raise the question of how similar dinosaurs could have lived together in the same environment around the same time, says science journalist Riley Black.

Black says the discovery of new dinosaur species isn’t too surprising, but it’s important to fill in another piece of an ancient timeline.

“I think there’s an assumption that we know the broad picture of dinosaur evolution or that we’ve answered most of the major questions. And that really can’t be further from the truth,” she says.

It’s estimated that all the dinosaurs currently identified don’t even represent a third of all the species that can be discovered, meaning that there are many more still out there, Black says.

“Each piece of that tells us a little bit more about an ancient ecosystem and how these animals interacted with each other and how changes, for example, to the global climate over time altered their evolution,” says Black.