The assistant professor of disability studies at Western University’s King’s College in London, Ont., has a rare form of muscular dystrophy and uses an electric wheelchair to get around.

“If I were to get COVID-19, it is probably fairly unlikely that I would survive,” he told White Coat, Black Art host Dr. Brian Goldman.

“For people like me with muscular dystrophy, typically the thing that will get us, the thing that kills us, are pulmonary lung function-attacking diseases, pneumonia most commonly. So I’ve spent much of my life just avoiding illness, sickness, flus, colds, anything that might go to my lungs.”

Preston notes it isn’t pessimism or worst-case-scenario thinking behind this take on his chances of surviving COVID-19.

Every time my aide comes in my front door to help me with the things that I need to live, that could be the moment when I get infected.– Jeff Preston, King’s College assistant professor

“I’m a fairly optimistic person, pretty cheery and pretty hard to rattle,” he said. “But there is the other reality … every time my aide comes in my front door to help me with the things that I need to live, that could be the moment when I get infected.”

The slow rollout of Canada’s vaccine campaign — hampered recently by production delays that have reduced shipments of the two vaccines currently approved for use here — has meant tough choices over who gets vaccinated now, and who waits.

The provinces have prioritized vaccinating older Canadians in long-term care, given the troubling number of deadly outbreaks in these facilities.

But there’s another high-risk group: the one in five Canadians who live with disability. Some have challenges that make them much more likely to succumb to COVID-19.

Worse still, those who rely on personal support workers to meet their daily needs aren’t able to physically distance. Their part-time aids usually work in other settings as well, upping the risk of transmission.

Preston expects he won’t be vaccinated until Ontario is in Phase 2 of its immunization campaign, sometime between March and June.

While he said it “makes a ton of sense” that the elderly in long-term care homes get the shot first, he believes the long wait for people with needs like his speaks to a common perception in the medical establishment that life with disability holds less value.

“We hear continued stories of devalued existences, perceptions that to be disabled is to be broken … and therefore to not have the same quality of life as everyone else,” he said. 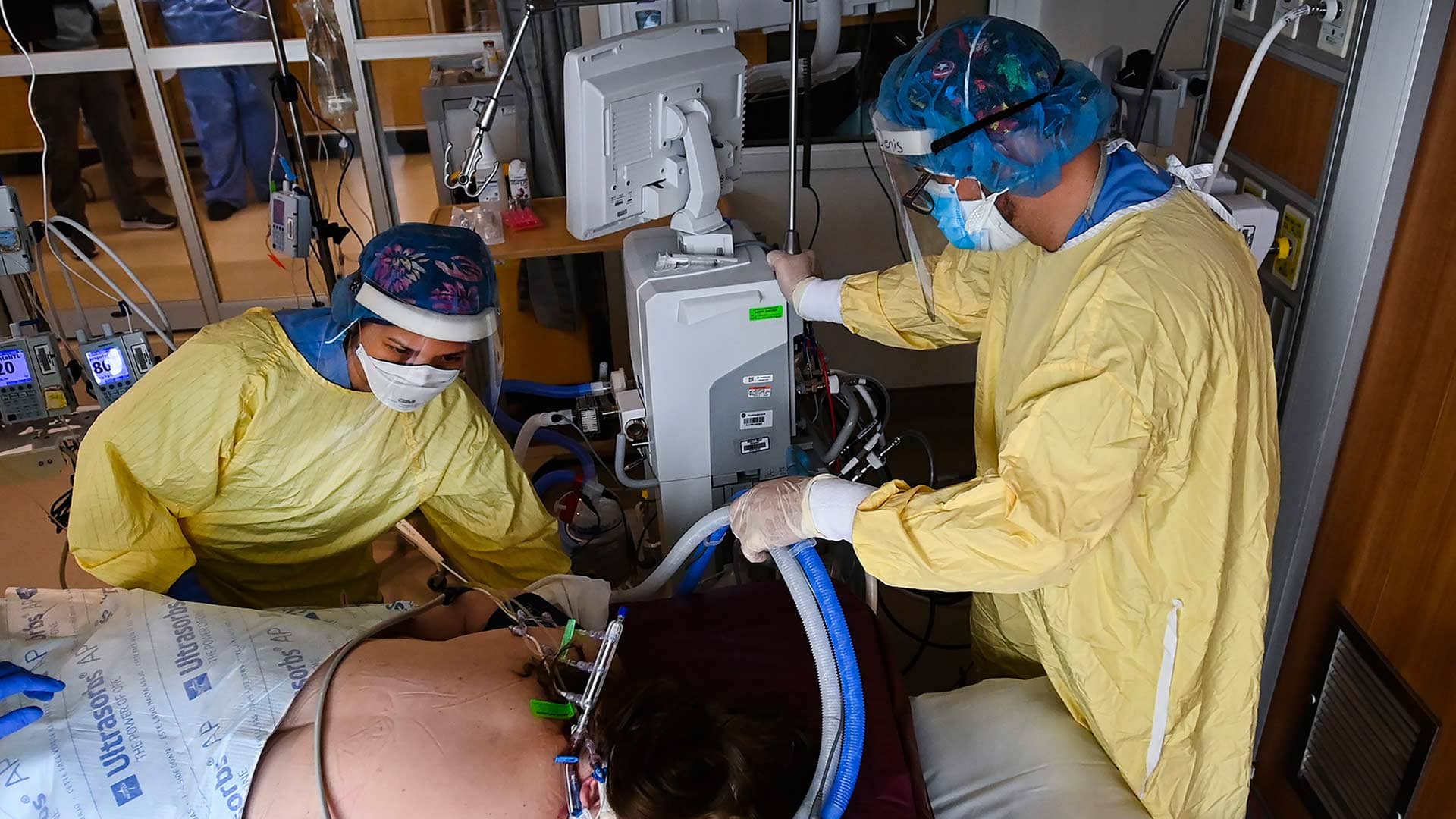 As COVID-19 cases surge in Ontario and Quebec, hospitals in both provinces are preparing in case they can’t treat everyone and laying out the criteria for determining who gets prioritized for critical care. 1:47

Preston said that while people with disabilities have been trying to advocate for themselves throughout the COVID-19 crisis, “we see what we always see, which is disabled people at the back of the line and maybe not even invited to the line at all.”

For those with disabilities who can’t speak for themselves, it’s often up to their parents or caregivers to do the advocating.

His physical needs put him at extremely high risk for a poor outcome if he were to get COVID-19, said Thomson, who lives in Ottawa.

Before they moved Nicholas into a medical care home at age 23, his family was running what Thomson describes as “a home ICU.”

“We provided around the clock awake care,” she told Goldman. One long-term care home turned him down because his needs are so complex.

“He is at least as vulnerable as anyone living in long-term care who is in tier one,” said Thomson. Yet, like Preston, Nicholas probably won’t be immunized until the second phase of Ontario’s vaccination campaign.

Alongside the elderly in long-term care homes, that should include the high-risk people with disabilities who have multiple conditions — called comorbidities — that make it “more difficult to survive an infection such as COVID,” said Thomson.

‘A thinner margin of health’

She notes that adults with developmental disabilities are four to six times more likely to die of COVID and experience at age 50 the same level of medical frailty as someone 75 or older in the general population.

Mary Ann McColl, academic lead for the Canadian Disability Policy Alliance, a network of disability scholars and policy makers, said people with disabilities have what’s been called “a thinner margin of health.”

“When something goes wrong, the whole house of cards can come tumbling down,” said McColl, also a professor in the department of public health science at Queen’s University in Kingston, Ont.

“So, yes, something like COVID has an impact on people with disabilities that is very different from people whose health is more predictable and more robust.”

Yet people with disabilities experience discrimination while trying to access health care and other services, most commonly the kind she and her colleagues refer to as “inadvertent discrimination.”

“What that means is systems don’t intentionally set out to disadvantage disabled people or … to prevent access,” said McColl, who holds a PhD in epidemiology and biostatistics.

“What happens is, they don’t give a moment’s thought to how this will impact someone who tries to use the service who has a disability. And in so doing, they inadvertently disadvantage disabled people.”

She says the solution lies partly in bringing “a disability lens” to policy-making “in the same way that it’s subjected to a gender lens and multiculturalism lens and so on.” 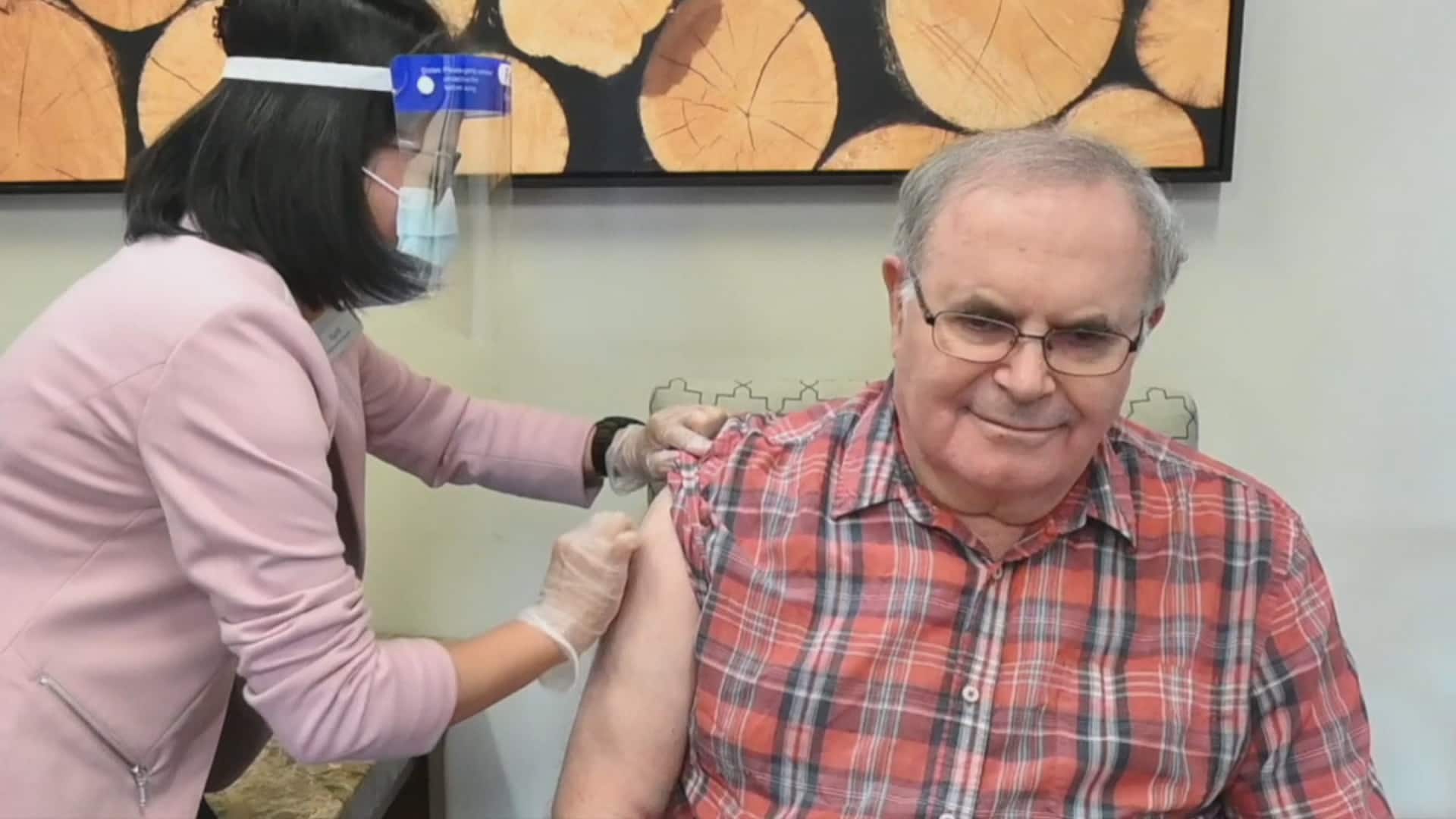 CBC News has relaunched its COVID-19 vaccine tracking website with up-to-date numbers on how many people have been vaccinated across Canada. 4:04

McColl said that also goes for the vaccine rollout, which will affect people with disabilities “in lots of ways that we should be anticipating.”

Dr. Caroline Quach, chair of the Public Health Agency of Canada’s National Advisory Committee on Immunization (NACI), wasn’t available to answer questions this week about how the vaccine rollout is affecting people with disabilities.

But in an email to White Coat, Black Art she said that NACI is “going to release a new prioritization statement soon.”

Gabrielle Peters, a Vancouver writer who has a disabling autoimmune disorder and several comorbidities that heighten her risk for respiratory failure stemming from COVID-19, says the disability viewpoint is missing in the vaccine rollout, too.

“I think it’s ableist,” said Peters. “This is just particularly painful and frightening and infuriating.”

Peters lives in a social housing complex where she says there’s been no guidance on limiting the number of people who can be in the elevator together, or who can congregate in hallways.

Because the residents are mostly seniors and people with disabilities, “there’s home-care workers going through the halls and from apartment to apartment.”

Peters, who uses a wheelchair and has been out of her apartment very few times in the past year, said she’s had a health issue flare up recently that could become life-threatening if it isn’t addressed. But she’s putting off seeking medical attention because she’s afraid of contracting COVID-19.

She says being vaccinated would resolve both her fear about seeking medical treatment and her anxiety around her crowded living conditions.

“It’s just not good science. It’s not good public policy and it seems to me that it’s based on nothing other than that [leaders] don’t want to do the work of figuring out how to do this equitably.”