The House’s pretrial impeachment brief on Tuesday will lay the legal groundwork for a case in which the managers plan to illustrate the horrors of the January 6 attack on the Capitol in visceral detail and to tie the carnage back to the Trump’s words and actions, sources say.

The House impeachment team plans to argue the riot was the result of an intentional effort months in the making. They intend to show how Trump repeatedly claimed that the election would be stolen from him before November 3, then unleashed a flurry of disinformation as part of his “stop the steal” campaign to try to overturn the election result and question the validity of President Joe Biden’s win, which culminated in Trump’s actions on January 6 inciting the rioters who attacked the Capitol.

The House managers are expected provide a detailed legal analysis in their pre-trial legal brief, due at 10 a.m. ET Tuesday, about the constitutionality of charging Trump with incitement of insurrection, why he should be disqualified from holding future office and why it’s constitutional to convict Trump as a former President, in an effort to rebut what’s emerged as the primary reason Senate Republicans have cited to acquit Trump.

Adding to some of the friction that resulted in the former President parting ways with Butch Bowers, who was expected to be a lead attorney, was Trump’s opposition to the cost. Bowers wanted to charge him $3 million for expenses related to the upcoming trial, a source familiar with the matter confirmed to CNN.

Trump hired two new lawyers, David Schoen and Bruce Castor, on Sunday, and his team is expected to argue that trying a former president is unconstitutional.

Texas Sen. John Cornyn, a member of Senate GOP leadership, said it would be a “disservice” to the former President’s defense to focus on baseless claims that the election was “stolen.”

“It’s really not material,” Cornyn said. “The articles of impeachment are like an indictment in a criminal case, so that would be the issue before the Senate. As much as there might be a temptation to bring in other matters, I think it would be a disservice to the President’s own defense to get bogged down in things that really aren’t before the Senate.”

The House impeachment managers are still considering whether to call witnesses as part of their case, one of the key looming questions that will dictate how long the trial will last. That effort is bumping up against a desire from both Democratic and Republican senators to quickly conclude the trial within a matter of days to keep the Senate’s focus on taking up Covid relief legislation and confirming Biden’s nominees. 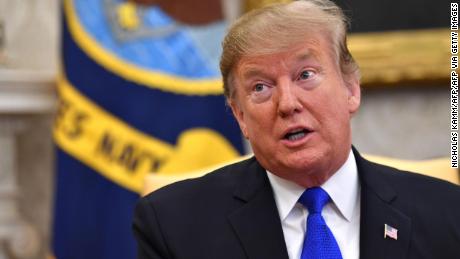 The question of witnesses could ultimately be determined by whether there are any willing to step forward voluntarily — avoiding any delays over executive privilege — who can speak to Trump’s mindset in the hours leading up to the riot and as they were unfolding, when there were urgent requests coming from Capitol Hill to call in the National Guard to the Capitol.

The briefs due Tuesday are the first of several pre-trial responses that the House managers and Trump lawyers will file with the Senate ahead of the impeachment trial’s arguments, which are scheduled to begin on February 9.

The path to conviction for the House managers has all but evaporated in the Senate, where 45 Senate Republicans voted with a procedural effort to dismiss the trial on constitutional grounds, leaving Democrats well short of the two-thirds required for conviction. But that won’t stop the House impeachment team from making the emotional case to the senators — and the broader public — during the trial to argue Trump inspired a deadly riot that was a direct attempt to overturn the election result. 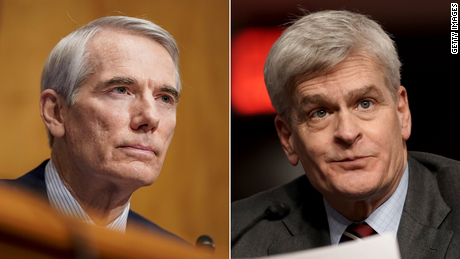 House impeachment managers plan to draw on material from the hours of videos that have been posted to social media sites to show how the Capitol was attacked, how the rioters were targeting Vice President Mike Pence and House Speaker Nancy Pelosi — and how they were motivated by Trump’s words and actions on January 6.

The case they make is shaping up to be starkly different than what the House presented in its 2020 impeachment trial of Trump, which drew on hours of complicated House testimony about how Trump pressured Ukraine to investigate the Bidens and withheld security aide from Kiev.

This time, the case against Trump played out before lawmakers’ eyes, when they were forced to flee the House and Senate chambers while rioters encircled them. 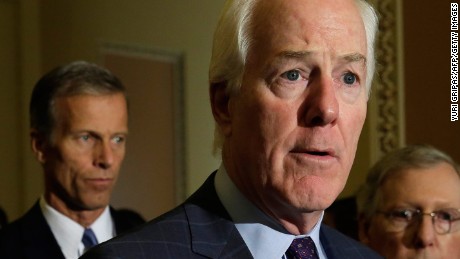 There’s plenty of material for the House managers to draw on to show the destruction the caused by the deadly riot. That includes video from social media websites like the alternative conservative platform Parler illustrating both how the rioters were motivated by Trump and how they attacked US Capitol Police officers and threatened officials including Pelosi and Pence.

Since Trump’s impeachment last month for a single article of “incitement of insurrection,” the House impeachment managers have gained new evidence from the rioters themselves — who have told federal investigators in court filings they were inspired by Trump to storm the Capitol as they sought to disrupt the certification of Biden’s win in November.

The House’s argument is expected to focus on Trump’s speech at the Ellipse on January 6 before the crowd marched to the Capitol and quickly overwhelmed an outmatched police force, arguing Trump incited the riot. But the House managers plan to go beyond just the events of that day, showing how Trump’s lies about election fraud while he sought to subvert the will of the voters fed the lies that fueled the insurrectionists.

In the impeachment article, the House specifically cited Trump’s January call to Georgia Secretary of State Brad Raffensperger before Congress certified Biden’s win, in which Trump pushed him to “find” enough votes to make Trump the winner.

When the House impeached Trump on January 13, he was still president. But now that he’s left office, most of the Senate Republicans have argued that trying an ex-president is unconstitutional. But the House will have its first chance to push back on the constitutional claims in its brief on Tuesday, and that’s expected to be a focus of the written brief, sources say.

The House team is expected to draw on the precedent of a Senate impeachment trial for a former official — the Senate tried Secretary of War William Belknap in 1876 after he resigned ahead of the House’s impeachment — as well as argue that presidents cannot get away with crimes in their final days in office to avoid punishment and then run again.

The legal argument is also expected to explain the House’s legal case for charging Trump with incitement of insurrection, as well as a discussion about why he should be disqualified from holding office again, which the Senate could do if it convicts Trump.

During the last impeachment trial, Trump’s team filed a seven-page rebuttal to the two articles of impeachment, arguing Trump’s impeachment was a “brazen and unlawful attempt to overturn the results of the 2016 election and interfere with the 2020 election.”

Trump’s new legal team is likely to argue in its filing due Tuesday that trying an ex-president is unconstitutional. The trial of an ex-president has never been done before — this will only be the fourth Senate impeachment trial of a president in US history — and several GOP senators have argued that Chief Justice John Roberts’ absence from the trial casts doubts on its constitutionality, when the Constitution says the chief justice shall preside when the president is on trial.

A source close to the case said the document from Trump’s attorneys will address four or five major themes, but their argument that the trial is unconstitutional will be the biggest.

But the Trump response to the trial summons could also shed light on whether his team will wade into conspiracy theories about election fraud during the trial. A person familiar with the departures of Trump’s initial impeachment lawyers told CNN Saturday that Trump wanted the attorneys to argue there was mass election fraud and that the election was stolen from him, rather than focus on the legality of convicting a president after he’s left office.

While the source said Trump’s claims of a rigged election are not expected to be a “focal point” of his attorneys’ legal brief, that of course does not mean it won’t be mentioned — and won’t turn into a lightning rod. Trump still believes the election was stolen from him and clearly sees that as part of his defense.

This story has been updated with additional reporting.

CNN’s Gloria Borger and Jim Acosta contributed to this report.