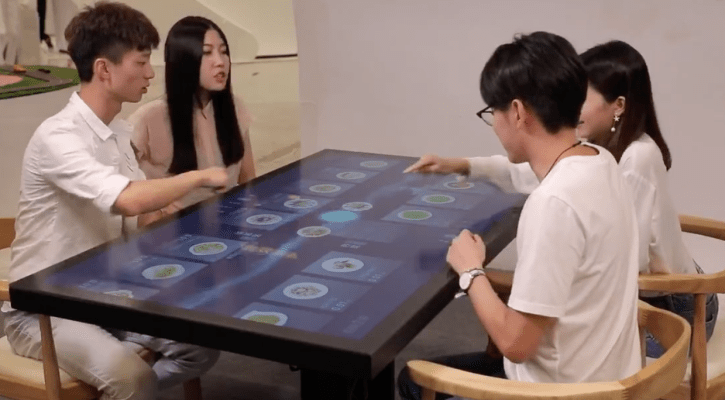 Digital ordering and paying at restaurants was already gaining much ground in China before the COVID-19 pandemic hit. The tap-to-order method on a smartphone is part of the greater development in China where cash and physical documentation is increasingly being phased out. Many restaurants across large cities go as far as making digital menus mandatory, cutting staff costs.

Meanwhile, there has been pushback from the public and the authorities over aggressive digitization. An article published this week by People’s Daily, an official paper of the Chinese Communist Party, was titled: “Scan-to-order shouldn’t be the only option.”

Aside from harming consumers’ freedom of choice and removing the human interaction that diners might appreciate, mandatory smartphone use also raises concerns over data privacy. Ordering on a phone often requires access to a person’s profile on WeChat, Alipay, Meituan or other internet platforms enabling restaurants’ digital services. With that trove of data, businesses will go on to span users with ads.

China has similarly targeted the ubiquity of cashless payments. In 2018, China’s central bank called rejecting cash as a form of payment “illegal” and “unfair” to those not accustomed to electronic payments, such as senior citizens.

The elderly also face a dilemma as digital health codes, which are normally generated by tracking people’s movement history using location data from SIM cards, becomes a norm amid the pandemic. Without a smartphone-enabled health pass, senior citizens could be turned away by bus drivers, subway station guards, restaurant staff and gatekeepers at other public venues.

To bridge the digital divide, the southern province of Guangdong recently began allowing citizens to check their health status by tapping their physical ID cards on designated scanners.

Cashless payment is an irreversible trend though. Between 2015 and 2020, the digital payments penetration rate amongst China’s mobile internet users went from less than 60% to over 85%, according to official data. Moreover, the government is hastening the pace to roll out digital yuan, which, unlike third-party payments methods, is issued and managed by the central bank and serves as the statutory, digital version of China’s physical currency.